Annual of the Huayang Kingdom . Annual of Shu District” has recorded that Qin State has moved a part of population to Chengdu in 2 years after the end of Ancient Shu State, namely 341 B.C. Thereafter, Chengdu started its own history, which dates back more than 2,300 years.

Zhang Yi, one of senior officials of Qin State, has led twice fortifications in Chengdu. The first one did not cover the whole urban areas of Chengdu, the city wall only covers a greater part of the east, and the west was covered finally in the second fortification. A whole city was divided into two small cities, Greater City, which is larger in the east, and Small City, which is comparatively small in the west. In ancient times, “small” and “lesser” was interchangeable, thus, the Small City was used to be called “Lesser City”.

And, China Lane were included in the Lesser City.In the fifty-seventh year of Kangxi in Qing Dynasty (1718), the government has sent about 3,000 soldiers to Tibet. After the war was stopped, over one thousand Baqi Garrison and their families have stayed in Chengdu forever. At that time, Man City was built on the basis of the broken Lesser City, so the Lesser City was also called Man City in Qing Dynasty. Kuan, Zhai and Jing Alleys were included in the 42 alleys for soldiers. However, the process of urbanization gradually swallows up the historical relics of old Chengdu, and nowadays only three out of 42 alleys, that is, Kuan, Zhai and Jing Alleys have been remained with reserve of the past signs. China Lane Cultural Protection Area has been listed in “Plan for the Protection of the Famous Historical and Cultural City” in 1980s. It is the last survival of city layout of “Thousand-year Lesser City” and hundred-year real architecture structure of old Chengdu, also is the only existing copy of northern alley cultures and architecture styles in the south.

However, the strong gate in the past would not bear the strong wind and heavy rain any more. Based on the principle of rebuilding of the fallen wooden supports and restoration of the old parts, China Lane has undergone 4-year repair since 2004, and was finally completed and open to the public in June 14, 2008. 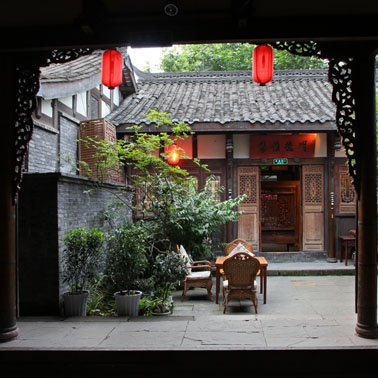 At present, the ancient walls, aged bricks and old gates here are much stronger than before. Moreover, the combination of business and culture has become the most leisurely, fashionable and unique courtyard consumption experiencing area. The repaired China Lane has retained the old elegance of Chengdu market, a bamboo chair and a cup of bowl tea at the sides of the street. Besides, coffee shops, bars, western food restaurants, private kitchens, clubs, art salons, retails, etc. have been added here. Here is the new life of Chengdu, new location of fashion and culture and also the classic representation of lifestyles in Chengdu. The position of “Old Chengdu’s Film, Metropolis’s Parlor” has imbued China Lane with more profound connotations, thus, China Lane have become a representative of cultures of the new Chengdu. 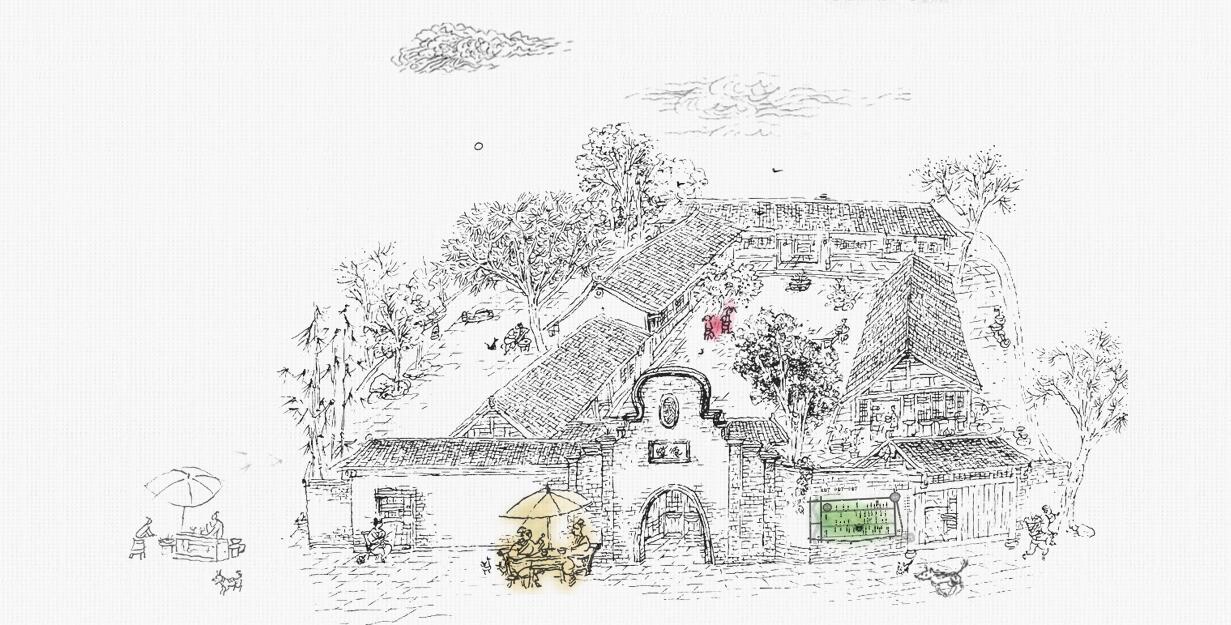