Traveling to Mountains and Rivers in Sichuan to Learn Chinese Cultures

The summer camp incorporated learning in entertainment and was full of highlights. In the 20 days, over 20 Australian teenagers of Chinese origin took part in more than 30 cultural learning activities. They had courses in a Chengdu style, experienced Sichuan customs and Chinese cultures to an utmost extent. In this process, they not only improved their Chinese, but also expanded their horizons and made good friends. “When I go back to Australia, I want to tell my friends how wonderful Sichuan is and ask them to come here with me again!”… 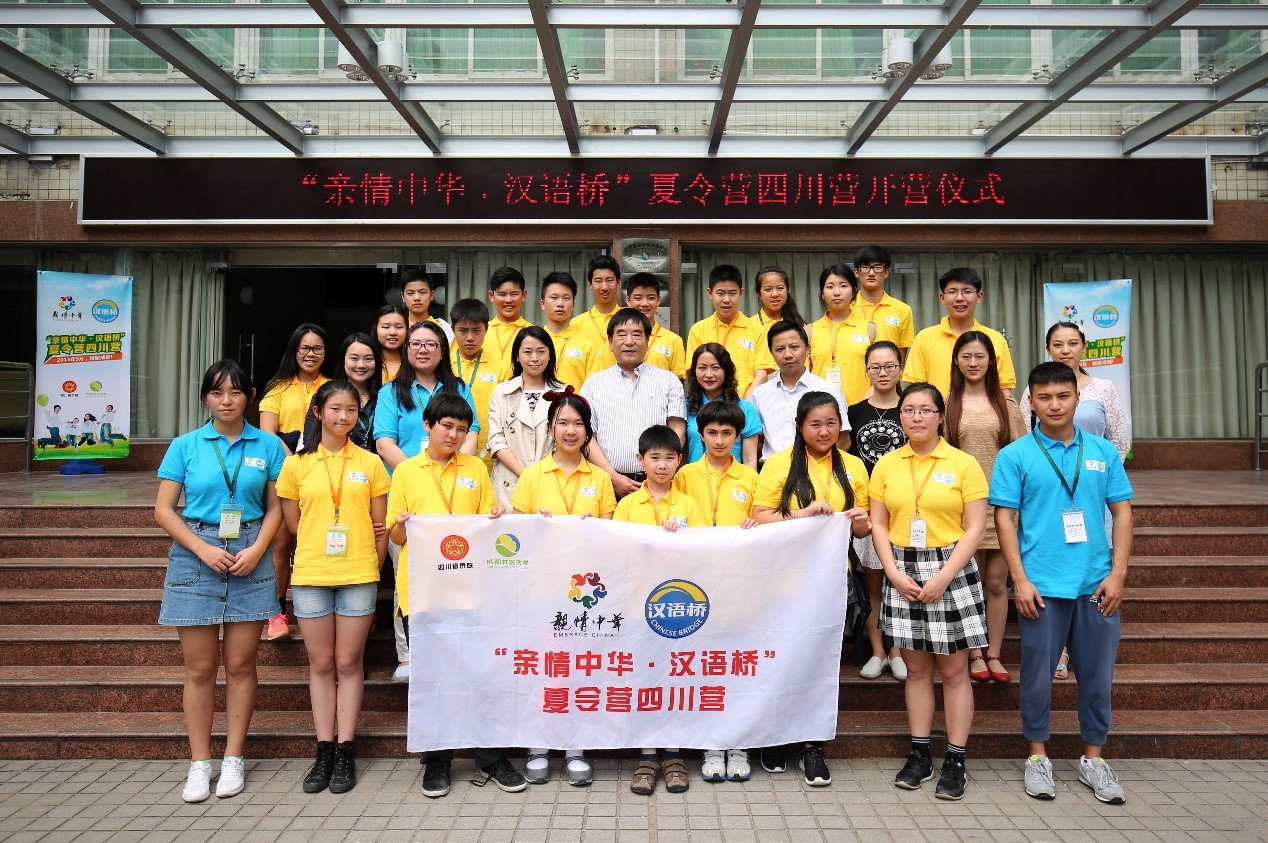 The camp members couldn’t wait to get to China. They had registered in Chengdu Chinese Learning Online to form their own classes and have lessons there when they were still in Australia. On the first day of their summer camp, they successfully passed an online Chinese language proficiency test and its oral test. Chinese learning courses were even more lively and interesting, ranging from pronunciation training, role play to cultural comparison. The camp members got to know the charm of Chinese language while learning practical Chinese expressions. 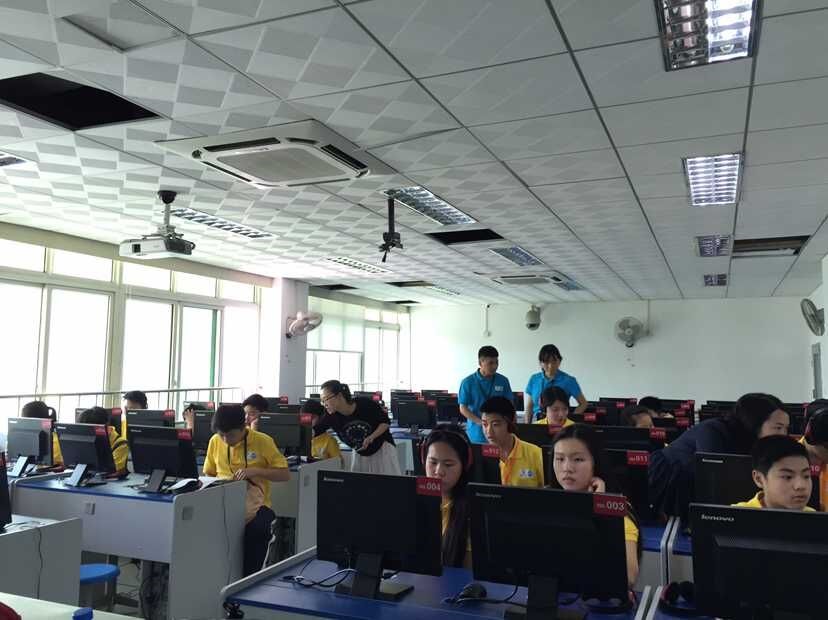 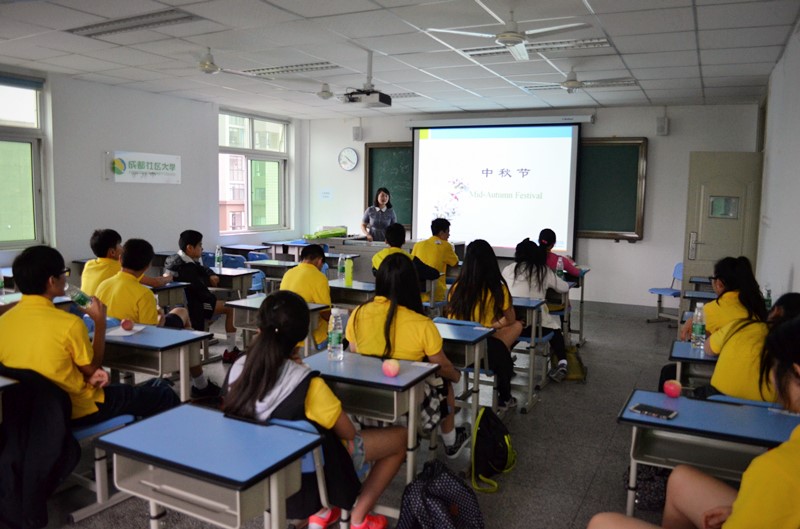 The Most Chengduese Classes – Thinking and Practicing, A Taste of Chinese Culture

In “the Most Chengduese” Classes, the camp members had folk art and culture courses with native characteristics, including paper cutting, calligraphy, seal cutting, traditional Chinese painting, Sichuan Opera mask painting, porcelain-bodied bambooware making, Tai Chi and the Tai Chi culture … They participated in each part of it and made their own works. “Look at the seal I just made. It is so cool. I want to give it to my dad as a gift!”

The most special feature of this camp was that the Australian camp members could experience the local people’s life and Chengdu culture through their interaction with communities and families.

Camp members and students of “Foreign Languages Institute” learning together

They took part in voluntary work in local communities and learned Chinese from some students aged over 60 years in “Foreign Languages Institute of Chengdu Community College”. In return, they helped those elderly students to learn English.

The camp members spent an unforgettable day with their voluntary host families. Some participated in various sports activities including swimming, skating, playing badminton, riding bike, climbing mountains with the whole family; some visited ancient towns and museums; some learned calligraphy and paintings, made mooncakes. Through these interactive activities, new friendship was built and better understanding was promoted.

Other activities of experiencing local culture were also organized for the camp members. They visited Pujiang Community Education Institute to learn about tea culture and experienced the wine culture in Shuijingfang Museum, an activity organized by Jinjiang District Community Education Institute. Furthermore, they went to Chengdu Community College “I-Ecological Vegetable Garden” to experience vegetable planting and learn some Chinese words.

“Land of Abundance” – Impression of Chengdu

How could one on a summer camp to Sichuan miss the local historical sites? While walking leisurely in places of historic interest like Wuhou Shrine, Jinsha Site Museum, Jinli Ancient Street, Wide and Narrow Alleys, Leshan Giant Buddha, etc., the natural beauty and history were explored by the camp members. And in Chengdu Planning Exhibition Hall and Global Center, they were impressed by current Chengdu and a Chengdu planned for near future. In Chengdu Research Base of Giant Panda Breeding, as they saw lovely pandas, they posted postcards featuring giant pandas to their families in the Panda Post Office there.

In Chengdu, Sichuan food culture is also not supposed to be missed. In the 12 days, the camp members not only tried various featured food including hotpot, Sichuan cuisine, snacks, chicken cooked by firewood, etc., but also learned the culture behind Sichuan people's obsession for spicy and pungent food. They also learned to make Sichuan snacks like dumplings by themselves. The biggest achievement for them was that they could order food in Chinese in the restaurant.

On the closing ceremony, the camp members shared what they have seen and learned through a well-organized stage show directed and performed by themselves. In the overwhelming applause, all camp members were granted a camp completion certificate and received best wishes from vice-chairman of Sichuan Provincial Returned Overseas Chinese Federation Zhao Jianzhong, vice president of Chengdu Community College Diao Yuanyuan, and vice principle of Xin Jin Shan Chinese Language and Culture School, Australia Tang Ninghui.

DiaoYuanyuan, vice president of Chengdu Community College, described the 12-day camp with three key words “Honored, Touched, Hopeful”. According to his speech, “honored” referred to the fact that this summer camp was sponsored by Chengdu Community College with the trust and support from Sichuan Provincial Returned Overseas Chinese Federation and other organizations; “touched” referred to the fact that everyone was proud of what all the camp members had achieved and touched by their action of helping each other and thankful for all the teachers and coaches' excellent work; while “hopeful” referred to the wish that all the camp members would bring Sichuan culture and Chinese culture to the places where they will go and share them with others”

Posing for a group photo with their favorite works