The Thatched Cottage was once to home to the famous Chinese Poet Du Fu. After fleeing the Ab-Shi Rebellion which broke out in modern day Xian in 758, Du Fu setteld by the Haunhua Xi (Flower Bathing Brook), where, with the help of friends, he built the cottage in the year 760. History now records that during his four year stay at the cottage, Du Fu penned more than 240 poems, which are now considered to be national treasures of China. 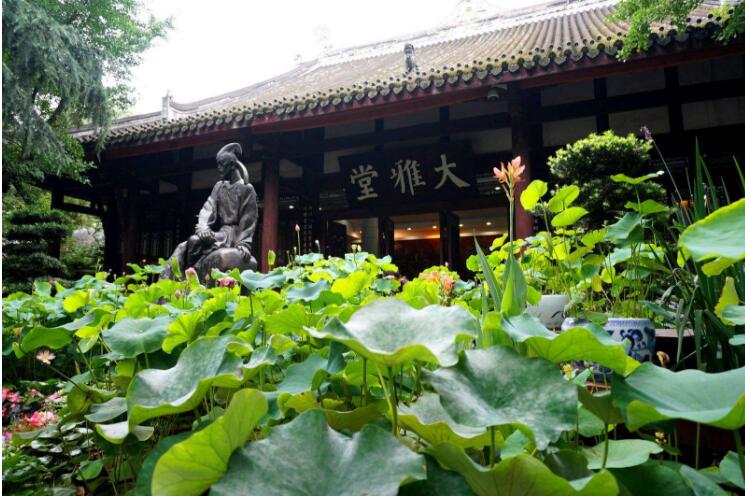 Following his departure from Chengdu the cottage fell into a ruinous state. It was not until the year 1500, and again in 1811 that the cottage was reconstructed in scale, and likeness according to the then famous writings of Du fu.

The present day Thatched Cottage commemorative museum is set within a beutifully serene park which local residents can access for a yearly fee of 100 CNY, and are regularly seen soon after the gates open quitely execising or no doubt catching up on local gossip. 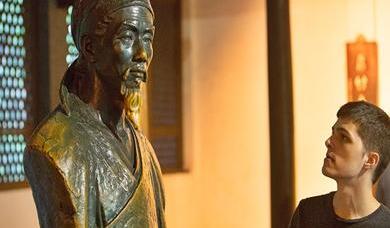 The park, covering approxiamtely 59 acres, is laid out in the traditional Chinese Compound style, displaying arrays of plum blossoms, lotus flowers, chrysanthemums, and orchids each in their own season. Besides the 12 statues of somewhat lessor famous Chinese poets housed within "The Hall of Great Poets" the hall is also home to a 4 x 16 meter mural depicting scenes from Du Fu's life and poems. Several other imposing statues of the Poets, Huang Tingjian, and Lu You are to be seen in the park grounds.

After passing through the impressive main gate, and garden lobby area, and further onto the Tablet Pavillion, which stands on the site of the original cottage, and then onto the temple named after Du Fu's official tittle "Gong Bu", visitors are greeted at every turn with absolutely picturesque scenes and a complete sense of harmony. 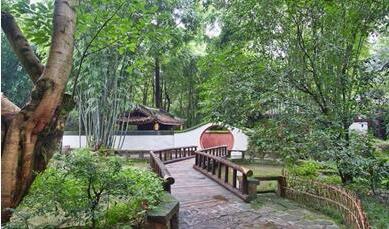