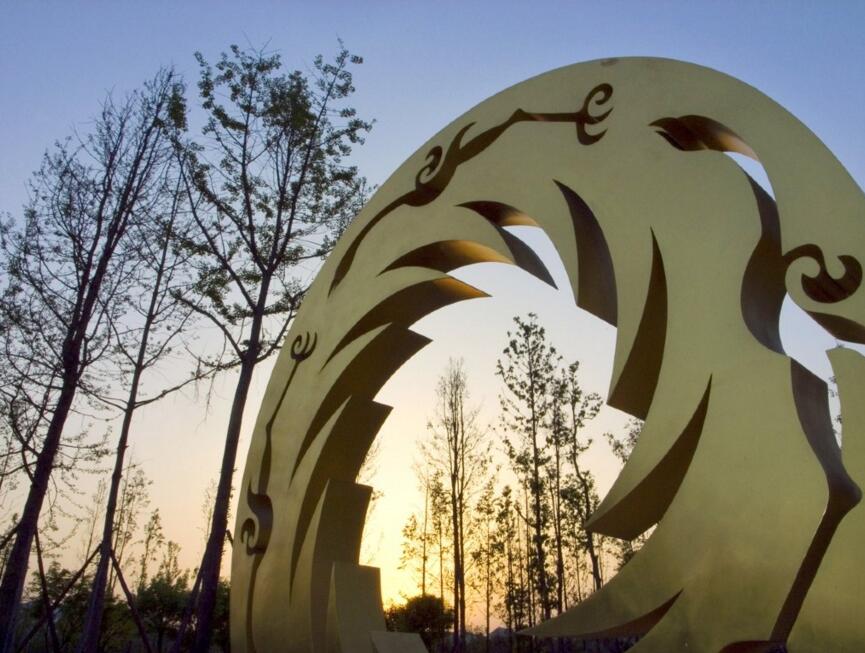 The Jinsha Site Museum offers all visitors a rare opportunity to spend time with a once prosperous, industrious, religious, and achient civilization's treasures, artifacts, and symbols of worship.

Discovered in 2001 the Jinsha site which subsequently yeilded thousands of cultural relics including hundreds made from gold, copper, bronze, jade, and wood, also gave up tons of tusks considered, by those most learned on the subject, to have come from the Asian elephant, along with wild boar tusks, bones and teeth. All of which are thought to have been used in religious ceromonies as items of worship or as sacrificial offerings. 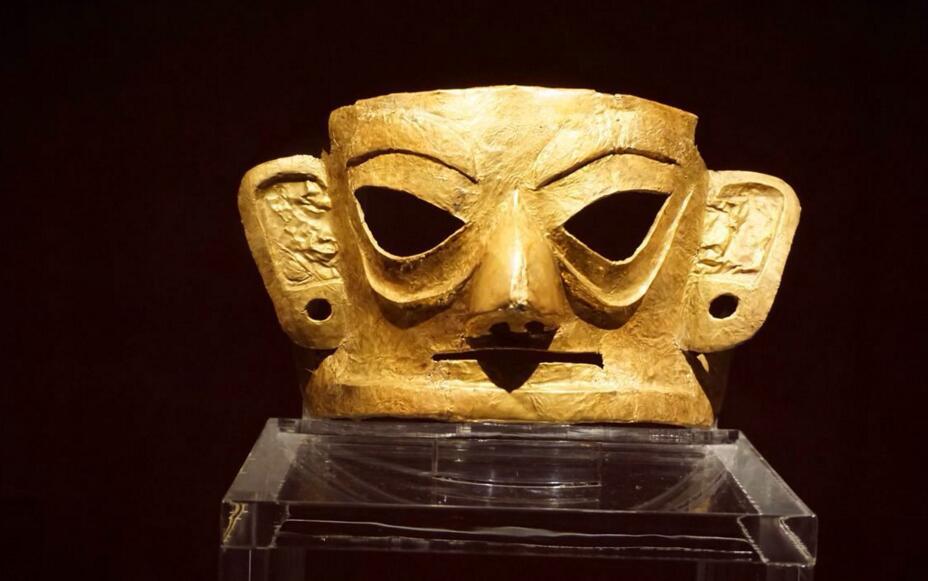 The intricacy of design, and delicacy employed by the ancient craftsmen, and artisans of the City State of Jinsha, which existed during the Shu kingdom period of 221-263, can easily be rocognized as being second to no other civilization known to exist during the same or older periods in time.

The 300,000 sqm Jinsha Site Museum is located on the original (2001) excavation site. Amongst the more than 6,000 relics on display in the five main exhibition halls are the famous Gold Mask, and Sun Bird ornament. The mask measuring 19,5cm wide, and 11cm high is believed by scholars to have been used during religious ceremonies, and worn by only the highest ranking spiritual leaders or city officials.

Exquiste in all aspects, the circular Sun Bird ornament crafted from gold foil incorporates 4 immortal birds, which are shown to be flying around the sun. Meanwhile, statues of kneeling male figures, hands bound behind their backs, with physical, and facial features generally recognized to be different than those from the region, invoke the notion of slaves being either brought or traded from places afar. As would have been the non indigenous precious, and non precious metals so delicately worked into fine art by the craftsmen of Jinsha.

Before, or after visiting the five main halls, you might take time to relax, or stroll in the beautiful grounds amongst the out-door exhibits, and please be sure not to miss-out on the basement level 3D theater exhibition which regularly shows recreations of how Jinsha daily life was thought to have been before the civilization's sudden vanishing act over 3,000 years ago.