Twice cooked pork(回锅肉) or Double cooked pork belly (Huiguorou in Chinese language ) is one of the most famous dishes of szechuan pork recipes. There is an interesting saying that if you do not eat twice cooked pork, then you have never been to Sichuan. 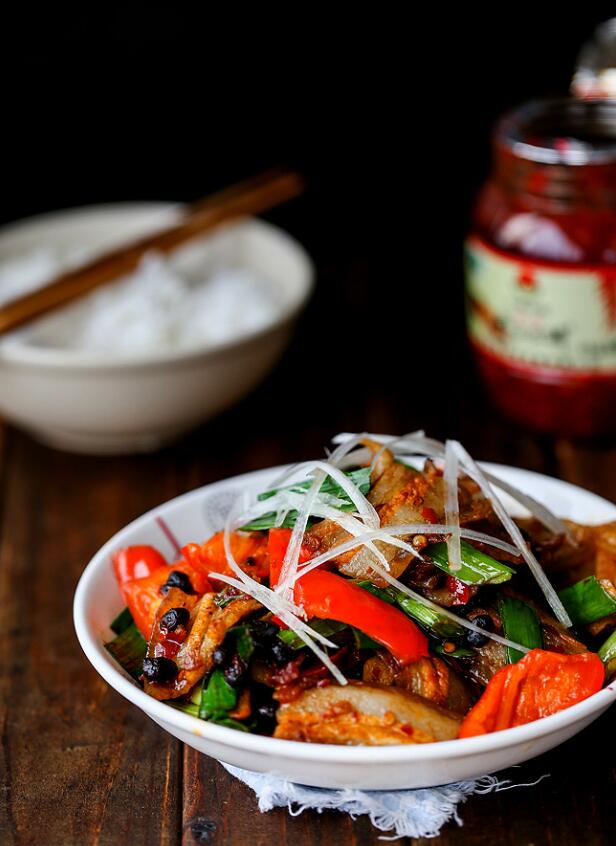 The English name is literally translated from Chinese name 回锅肉. And the Chinese name comes from its cooking process: “回”means returning. Twice-cooked pork means that the pork should be cooked twice. Firstly pork is boiled in water until nearly cooked, then useDoubanjiang(also known as broad bean paste), fermented black soy beans (Douchi), ginger, garlic and side ingredients to stir-fry for flavoring. How to identify when the pork is nearly cooked? Here is the tip: use one chopstick to poke the pork from one side to another side to see whether the chopstick meets tough resistance. If there is only small resistance but you can pork the chopstick from one side to another side, then stop boiling and enter the next process. Usually, the boiling process cost 30 minutes for most people.

There are several varieties of twice cooked pork. Most of the difference lies in the side ingredients. Some use cabbage or potatoes. But the most popular one in China is garlic sprouts (蒜(suàn)苗(miáo). Since dish color is commonly be considered as one of the five factors in Chinese cooking philosophy, red peppers are always used together, which contributes a beautifully appearance to improve your appetizer.

There are two popular eating methods of twice cooked pork, one is to match with steamed rice and the other one is to insert the pork into Guo Kui(锅盔) which is a type of Baked Chinese bread.